11/23/2010 Update: Now that the event is over, you can watch archived videos of the presentations, many of which were outstanding.  See embedded video below or visit the Web 2.0 Summit YouTube playlist for high-quality video of more than 60 sessions.

Industry leaders, pundits, journalists and assorted hangers-on (such as yours truly) are gathering in San Francisco for the annual Web 2.0 Summit, one of the online industry’s most influential events.

John Battelle and Tim O’Reilly moderate conversations with a long list of Web luminaries, including: 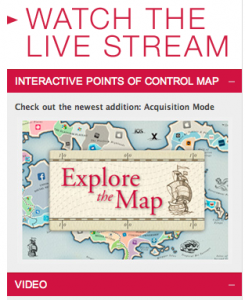 For the first time, most of the events will be livestreamed over the Web for free — appropriate for a Web 2.0 conference.   Visit this page for the broadcast schedule and live video.

The most interesting legal/regulatory topic of the week in my view is likely to be net neutrality.  Most of the “Points of Control” on the agenda are areas of business competition, with a few privacy issues thrown in here and there.  (I suppose those who are really into “inside baseball” might want to discuss Angelgate, or Jason Calacanis’ lawsuit against Michael Arrington.)  In today’s first session, Battelle and O’Reilly already traded a few barbs with Eric Schmidt as they discussed the difference between landline and wireless networks, and the joint Google-Verizon statement that sparked plenty of heated debates earlier this year.   With FCC Chairman Julius Genachowski, Chairman of the FCC, as one of the upcoming speakers, the issue is sure to come up again.

Schmidt was clear in expressing Google’s point of view that wireless is a competitive business, whereas landline voice and data service still has more monopoly power and needs to be regulated accordingly.  I think things are more complicated than Schmidt would like to have us believe.  Although it seems like there’s plenty of fierce competition between wireless carriers in the US, I judge the market by the state of customer satisfaction — and by that measure, they all pretty much suck.  (Same deal with the airline industry.)  Theoretically, according to the laws of market economics, that shouldn’t happen:  In a truly competitive market, the wireless carriers would compete on quality of service and choice of mobile devices as well as price, to the benefit of consumers.  Anyone who’s wrestled with the decision of whether to endure AT&T’s abysmal service in order to own an iPhone is all too familiar with the tradeoffs inherent in “monopolistic competition.”

← If You Build It, They Will Abuse It
Silicon Valley After the Dot-Com Crash: An Insider Perspective →